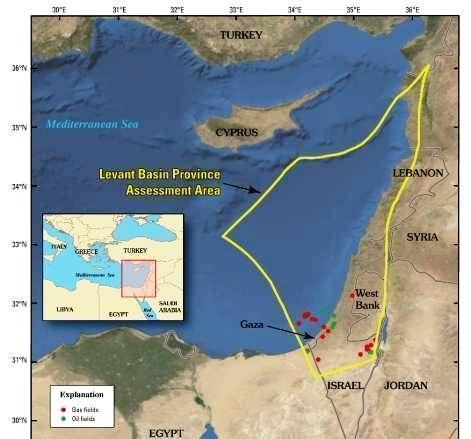 Debt levels in a number of economies of the European Union (GIIPS) continue to alarm the global markets—requiring European Union intervention to avert default.

As concerns about fiscal sustainability and the oncoming financial turbulence approach, the Republic of Cyprus has announced that it has broken ground on its natural gas reserves. Large tracts of liquefied natural gas dicovered under the seabed between Greek Cyprus and Israel prompted the governments to file an “agreement on the delimitations of the exclusive economic zone” between the two countries. Setting the maritime borders and the respective rights to explore natural resources within them by a median line. The two countries and their main corporate partners, Noble Energy (Houston, TX) and Israel’s Delek Group, are in well-advanced consultations to jointly access energy reserves.

Today, september 21st 2011, The Cyprus “Aphrodite” gas field with estimated 10 trillion cubic feet (tcf) of gas reserves, is being explored, and a regasification terminal is already being constructed.

A senior associate focusing on early stage-companies. As a foodie I am a recognized expert on where to find the best dry-aged beef in NYC. I have a deep finance and international relations background, getting my start at the Council on Foreign Relations, UN and then on to HNW/UHNW capital management. View more posts