The human cost to natural disasters like the one in Turkey weeks ago include injuries and temporary and permanent disabilities, temporary and permanent displacement of people, increased poverty and disease, and psychological scars. In addition Economic costs, based largely on direct infrastructure or losses of fixed capital and inventory, are also underestimated. Many indirect effects on economic activity include long-term consequences of the reallocation of investment resources, and the loss in human capital. Over the past year the incidence of natural disaster has increased.

The El Niño and La Niña events, associated with anomalous floods, droughts, and storms, are getting larger and more frequent.

In fact commodity producers are already bracing for another La Niña, a weather phenomenon that wreaked havoc earlier this year on commodities markets, sending prices to multiyear highs. La Niña is a shift to cooler than normal temperatures in the Pacific Ocean, causing above normal rainfall in south-east Asia and northern and eastern Australia, and an increase in tropical cyclones. Here in the USA, our Pacific Northwest and Northern Plains are wetter while the southern states face a lack of rain. In South America the heavy rains threaten coffee, corn and soybean production. India experiences an increase in monsoons, threatening their iron and ore. South East Asia and Australia experience heavy rains that destroy the harvests of rubber, palm oil, coal, wheat, and sugar. The change in the elements has a huge impact on commodities production. 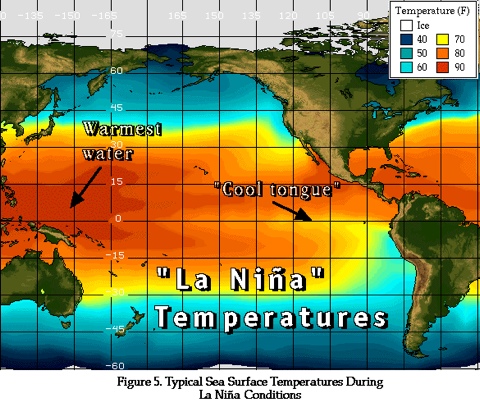 A senior associate focusing on early stage-companies. As a foodie I am a recognized expert on where to find the best dry-aged beef in NYC. I have a deep finance and international relations background, getting my start at the Council on Foreign Relations, UN and then on to HNW/UHNW capital management. View more posts